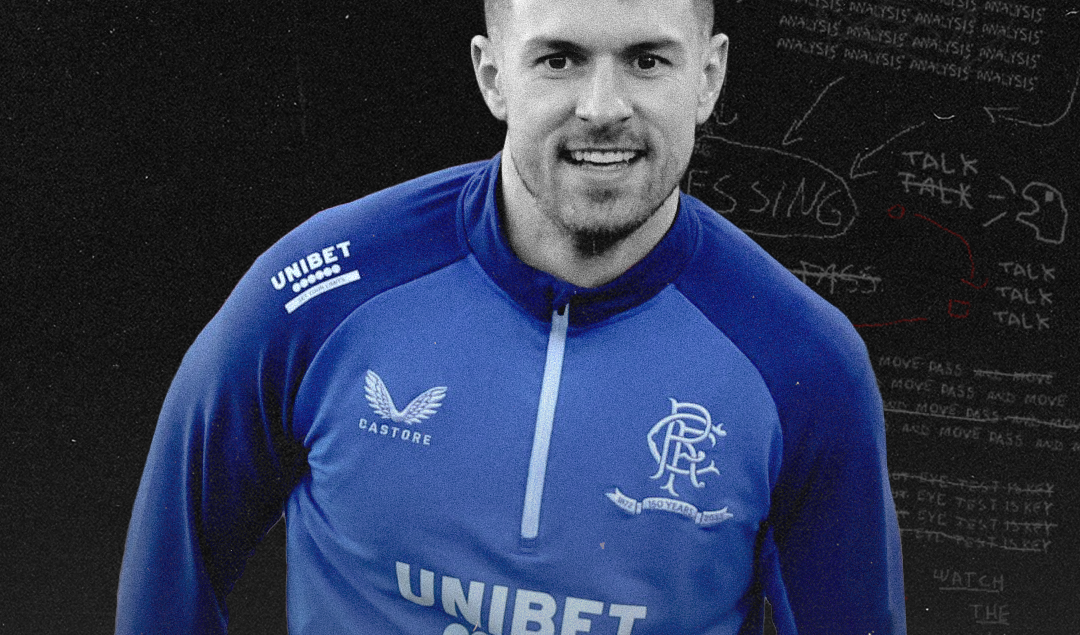 It’s fair to say Aaron Ramsey’s move to Juventus back in 2019 hasn’t exactly gone to plan – at least for the Italian giants.

After 11 years of service at Arsenal, Ramsey made the lucrative switch to Italy with the Gunners reluctant to give him a deal that would match then-highest paid player Mesut Ozil’s wages. Astonishingly, however, the Caerphilly-born playmaker has only completed two full 90 minutes during his time in Serie A.

Things started well for him in Turin, contrastingly, when he scored on his Serie A debut under manager Maurizio Sarri. However, fitness issues combined with the chopping and changing of managers and recruitment quickly saw the Welshman fall out of favour.

At one point it seemed as if he was going to rediscover his form during Andrea Pirlo’s reign, when he was deployed as a left midfielder in a 4-4-2, making inverted runs into the box, almost acting as an auxiliary striker.

Praising Ramsey’s attacking movement and intelligence that saw him score plenty of goals in the Premier League, Pirlo said:

“He is a great and intelligent player, but we just need to keep him physically fit. He has proved he is a champion when he played for Arsenal.”

However, since Massimiliano Allegri’s return to the Old Lady, Ramsey has barely featured, and when he has it has been at the base of midfield, which clearly doesn’t suit the player. Despite being a good passer, he’s never been a controller.

His strengths are his off-ball movement and intelligence where he can attack pockets of space and ultimately score goals. It’s what he made a career out of at Arsenal – that hunger to net goals and make a difference in attack.

This isn’t to say he’s not useful deeper – he is, but to get optimal performances out of him he needs a role where he has license to contribute to all phases of play and most importantly attack the box from deep.

Specifically, a free box-to-box type role in a 4-3-3 or as a number 10 are the roles he can still excel in. The reality is he’s not reliable enough technically nor positionally to play in a pivot.

Furthermore, despite always possessing a resolute engine, he’s not as leggy as he once was and thus won’t be a ground-eating midfielder that can support a defence.

Again, it’s Ramsey’s fitness issues that is his biggest setback. His goalscoring and creativity numbers remain strong, averaging about 0.4 G/A per 90 wherever he’s been.

Of course, the main bulk of them came in the Premier League where he yielded 51 assists and bagged 40 goals in 262 appearances for the Gunners.

However, in terms of staying fit his last peak season was all the way back in 2015/16 where he featured in 31 of Arsenal’s 38 league games.

He was more of an all-rounder back then, contributing to 9 goals, as well as averaging over 4 tackles and interceptions, over 2 shots and over 1 key pass.

These are numbers he’s unlikely to replicate at the top level now, although he can still be an elite difference maker, without question.

The issue for Juventus is, as mentioned, he doesn’t fit in Allegri’s plans and is still contracted until the summer of 2023, whilst earning a mammoth £400,000 a week.

Whilst the player may be in no rush to cut his grandeur contract short, Ramsey is not the kind to be happy with just sitting on the bench – he wants to play.

What’s more, he’ll have his eyes set on the World Cup play-offs next month, in what will arguably be Wales’ most important game(s) since relocating to the Cardiff City Stadium.

The 31-year-old has been crucial to their qualification leading to this point and with the semi-final against Austria approaching, the Red Wall will be depending on him to be fit, sharp and to bring his A-game.

With Juventus super keen to move him on to prevent an automatic extension clause in his contract, and the player desperate for consistent game time, a loan move made perfect sense in the January window.

Ramsey was strongly linked to the likes of Crystal Palace and Burnley but ultimately made the rather rogue decision to join Rangers, where the Scottish champions will pay a fraction of his wages.

He put his decision down to the magnitude of the club, playing in front of 50,000 fans every other week as well as the opportunity to play European football.

Of course, Rangers face Borussia Dortmund in a blockbuster tie in the Europa League this month which he’ll be keen to impress in.

Though it was surprising to see him reject a return to the Premier League, the move makes sense from a player perspective, particularly one of his profile.

Seeing as this move is only for a short-term period (for now at least) a player like Ramsey would naturally rather be playing for a more ball-dominating side that’s competing for silverware and playing in Europe than being in a physically demanding relegation dogfight with Burnley.

Sean Dyche would’ve had him running through walls which is perhaps not ideal for a player so prone to niggles and injuries, especially so close to the all-important Wales fixtures.

Of course, game time would’ve been a factor too, which certainly isn’t guaranteed at a club like Crystal Palace right now, where he’d be competing for a place with the undroppable Conor Gallagher.

Additionally, it’s likely Rangers will allow him a bit more freedom and limit his defensive responsibility. Here he can be slightly more of a luxury player where he doesn’t have to commit wholeheartedly to be part of a defensive unit like he would at Burnley.

In terms of where he’s going to fit in under Giovanni van Bronckhorst, he’ll seemingly slot into a three-man midfield, where he is given license to roam forward almost as a number 10 – as we seen in his cameo vs Hearts. This is great news, as it plays to his strengths outlined previously.

Essentially, it enables him to attack the box from deep and score goals. Furthermore, with last season’s top assister Ianis Hagi sidelined with injury for the rest of the season, Ramsey can provide some much welcome creativity to the side.

Rangers and Wales fans alike will be quick to point to Ramsey’s displays at EURO 2020 when countering the ‘past his sell-by date’ arguments.

On the international stage, Ramsey showed that he can still put in back-to-back games, playing the full 90 minutes in 3 of their 4 games (subbed off in 85th min in the other).

He also proved he can still be a top-class difference-maker when he produced a man of the match performance in the 2-0 victory over Turkey.

Overall, it’s a really glamourous move for Rangers, which, in addition to the loan signing of Amad Diallo, is certain to bring more eyes to Scottish football.

Whether his fragility contrasts starkly to the realities of Scottish football remains to be seen, but his performances for Wales show that he is still a top player and can make the difference at the top level, making it an outstanding coup for Rangers.

But the question remains, where does this leave Aaron Ramsey from the summer onwards? Well, if Wales can qualify for their first World Cup in 64 years, he may want to seek another move away, with the tournament not being played until November.

It’ll likely be his last shot at playing at a World Cup, so he’ll be desperate to be in the best shape possible. This makes the Rangers move a high-risk one for the player in the sense that if he doesn’t shine in Scotland, he may not be in a strong negotiating position in the future.

Even if he does succeed by scoring important goals to help the club win silverware, though he may become a cult hero at Rangers, it could still be difficult for him to enhance his reputation.