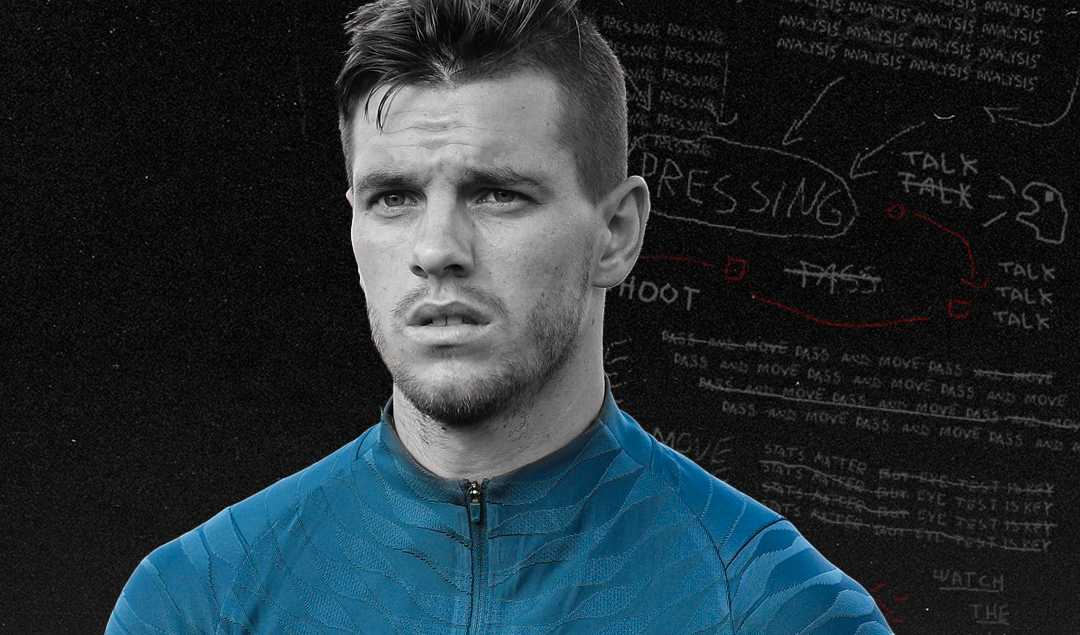 For years, the world has been waiting for Giovani Lo Celso to break through the glass ceiling and become a top-tier talent that his ability deserves. Beginning his career with Rosario Central in Argentina, Lo Celso soon caught the attention of the Parisian juggernauts Paris Saint-Germain. In his only full season at PSG, Lo Celso was a mainstay in the side, before being surprisingly sold to Real Betis.

Lo Celso arrived at Tottenham Hotspur in the summer of 2019 to much fanfare. Scoring 16 goals and registering 5 assists for Real Betis the previous season, Spurs seemed to have purchased a goalscoring midfield dynamo.

Unfortunately, Lo Celso has never been quite able to reach the standards that he set during his time in Spain. Two and a half years into his Spurs career, the Argentine has struggled under the weight of his £55 million price tag.

While Lo Celso has shown his talent in flashes, he has never truly been ever to perform to the level that he can on a regular basis. Spurs fans must be asking themselves why exactly has Lo Celso struggled so much since coming to England?

That equates to almost a season of football. What makes this injury record all the more intriguing, is that Lo Celso had very few injury issues prior to joining Spurs. In fact, according to Transfermarkt, Lo Celso only missed a single game through injury during his time at PSG and Real Betis.

This perhaps points to a larger issue with Spurs as a whole. For the past few seasons, Spurs players have appeared to pick up more injuries than many of their rivals. If you look at Harry Kane for example, he has a track record of picking up ankle and thigh injuries.

Quite often, Kane plays through the pain. However, the toll this has taken on his body has been clear to see through his performances over the past 12 months. Hugo Lloris has also missed a number of games over the years with various muscle strains, a surprising injury for a goalkeeper to suffer. As did Erik Lamela during his time at the club.

The 19/20 season perhaps sums up Spurs’ injury woes more so than any other season. Over the course of this campaign, 17 Spurs players suffered injuries, missing a combined total of over 150 games.

Very few other top sides in the Premier League have injury records as poor as this one, with Liverpool’s nightmare 20/21 injury crisis being the only outlier. Perhaps Lo Celso can place some of the blame on the Spurs injury curse for his lack of form in North London.

Lo Celso arrived at Tottenham at the worst possible time. The Mauricio Pochettino era was grinding to a halt, with a couple of extremely fallow years soon to follow. The success of reaching the Champions League final in 2019, papered over the cracks that had begun to appear in the side.

Pochettino himself recognised that the team needed to be freshened up, but Daniel Levy was hesitant to let go of stallworths of the side and bring in younger, perhaps more expensive players.

The Spurs side Lo Celso joined was one entering a period of transition. Mainstays of the team such as Jan Vertonghen and Toby Alderweireld were nearing the end of their Spurs careers.

This celebrated partnership was considered for many years to be one of the strongest central defensive pairings in the Premier League. Additionally, Christian Eriksen, chief chance creator for Harry Kane and Son Heung-Min, would soon be heading for the exit door.

Lo Celso’s arrival and Eriksen’s departure are linked. Lo Celso’s move to Spurs was initially a loan deal. However, after Eriksen’s departure, this move became permanent. Comparisons with Eriksen, however, are a tad unfair. Firstly, Lo Celso plays in a deeper role than Eriksen, therefore, he contributes less in terms of goals and assists.

Additionally, Eriksen played in a far better and more stable Spurs side than the one Lo Celso has walked into. Lo Celso missed out on the seasons when Spurs were genuine title contenders and the team he joined, has been one going through a transitional period.

When Mauricio Pochettino was in charge, Tottenham were a model of stability. For over 5 years Spurs brought in players for low transfer sums, paid them relatively low wages and somehow, kept the vast majority of these players happy. This, however, is certainly no longer the case. Harry Kane’s attempts to force his way out of the club have been well documented.

In the Amazon All or Nothing documentary, we saw how unhappy Danny Rose and Christian Eriksen were at the club. Dele Alli hasn’t seemed himself for a number of years and the general buzz and excitement around Spurs has all but evaporated. While Antonio Conte will most likely bring some of this energy back, the fact is it has been missing for nearly three years.

The Worrying Decline of Dele Alli

Chaos at boardroom level is commonplace in football these days and Spurs are no exception. Daniel Levy was lauded for a decade over the manner in which he ran the football club. This is no longer the case, with the vast majority of Spurs fans wanting a different person in charge of day to day running of the club.

Poor performances on the pitch coupled with Levy’s involvement in the ill-fated European Super League has damaged the relationship between fans and the club.

Spurs have jumped from manager to manager since 2019. Pochettino, a manager who likes his team to press high up the pitch and play football on the front foot was replaced by Jose Mourinho, who was badly burned by his spells at Chelsea and Manchester United and played an extremely pragmatic style of play.

Ryan Mason was then interim boss before Nuno Espirito Santo’s fateful reign at the club ended before it truly began. Nuno, whose Wolves side endured a disappointing 20/21 season, was not at the top of Spurs’ shortlist of candidates.

Nuno deploys a defensive style quite similar to Mourinho, which is no surprise as Nuno played for Porto during José’s stint there. While Mourinho’s style was backed up by a trophy cabinet any manager would be the envy of, Nuno’s was not and unsurprisingly, he didn’t reach Christmas.

One Last Shot at Redemption

Antonio Conte has taken over and brought some excitement back to North London. While the Italian’s history of falling out with his employers suggests that his spell in charge won’t be a long one, the fact is, he has been successful everywhere that he has coached. Lo Celso should be a player that fits into an Antonio Conte system.

Conte often deploys either a 3-5-2 or 3-4-2-1 formation, meaning Lo Celso could thrive in one of the central midfield spots, perhaps alongside Pierre-Emile Højbjerg. Conte has won leagues with players far less talented than Lo Celso, meaning he will likely value the Argentine and, in time, come to see him as a valuable player.

Lo Celso’s Spurs career has been very stop/start. When he has played and gotten into a rhythm of games, his talent is clear to see. During the summer of 2021 at the Copa America, Lo Celso earned praise for his performances for Argentina as they went on to win a first international tournament since 1993.

Under Conte, Lo Celso has an opportunity to reignite his career and show that he is worth the £55 million that Spurs spent on him. Only time will tell whether or not he grasps this opportunity.