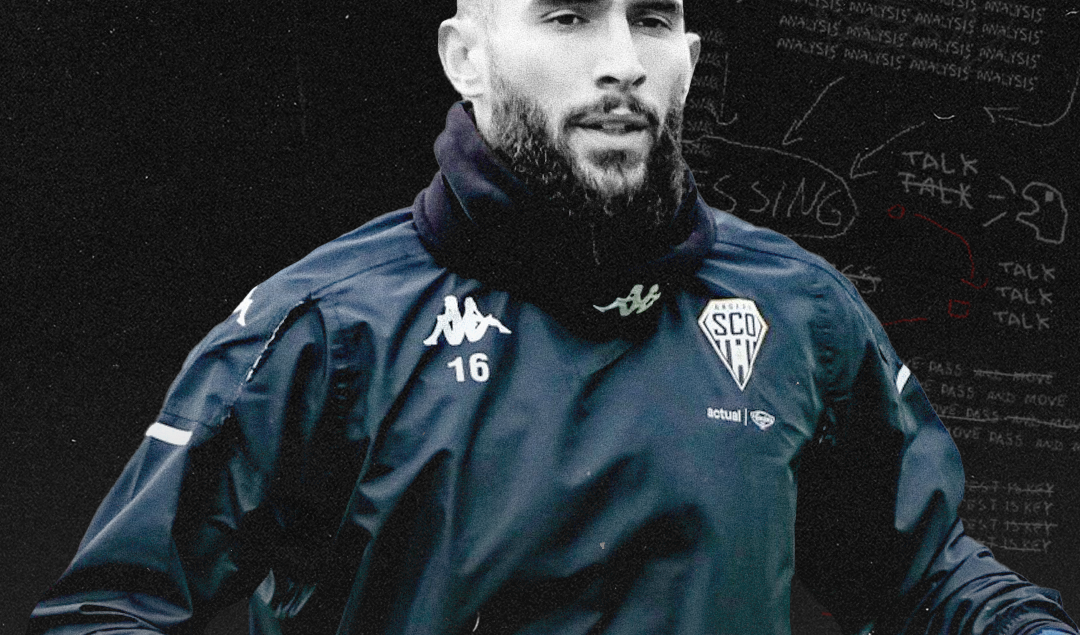 Yes, was the answer from Angers President, Saïd Chabane, after he was asked if he had the choice again to make all of the outward loans in the winter transfer window that Angers had made. Since then, Angers have accrued 13 points from 18 Ligue 1 games resulting in a cascading descent to the edge of the relegation battle. Consider then how impactful were those loans to the club’s drop in form?

Farid El Melali, Antonin Bobichon and Sada Thioub’s loans to Pau, Nancy and Saint-Étienne respectfully made sense from a playing time point of view. They had barely featured in the club’s first half of the season and didn’t appear to be in the plans of the new coach, Gerald Baticle. The loan of Paul Bernardoni to Saint-Étienne however was subject to a lot of chatter amongst the supporters and Ligue 1 watchers alike.

Bernardoni became the club’s record signing of €7.5m in the summer of 2020, consistently solid financial seasons and the boost from the incoming Mediapro TV rights deal, which we now know was a failure, made this signing possible.

To put this into more context, Angers have only ever spent more than €2m on 5 occasions, Enzo Crivelli for €4m in 2017 was the previous record. Bernardoni, at 23, had 3 seasons of Ligue 1 experience (1 Bordeaux, 2 Nîmes). He was seen by many as a solid long-term investment, the final solution to Angers’ goalkeeping worries.

In need of your weekly Ligue 1 fix? We know. We’ve got you covered.

Sink your teeth into the latest episode of Casser les Lignes with @Jeremy_Magan and @LiamScahill.

Since promotion in 2015, the Pays de la Loire side have only ever had one solid performing goalkeeper at least for a season or two. Ludovic Butelle was instrumental in both the club’s promotion campaign from Ligue 2 and 1st half of their Ligue 1 season where they were 3rd by Christmas and had only conceded 22 goals across the calendar year.

This earned him a move to Club Brugge where he spent two years before returning to Angers. Here he once again held down his position with no threat. However, during the 2019/20 season, it became clear that at 36, his best days were behind him and a replacement was required. Enter Bernardoni.

The investment so far has proved a disappointment. In his first season, Bernardoni struggled to meaningfully improve on his predecessor. Statistics from FBref show a poor save rate of 61.9%, the worst by any regular Angers keeper since promotion.

His Post-Shot Expected goals minus goals allowed was -7.1. Put simply considering this data, the Angers stopper had allowed 7 more goals than expected across the season averaging out at -0.19 per game. Placing him almost in the bottom 3rd of Ligue 1 goalkeepers for the season.

The excuses made ranged from a leaky defence in front of him allowing high-quality shots. Another excuse was that he’s still a young keeper and has plenty of time to develop. Whilst these arguments certainly had elements of validity, they couldn’t cover for his often-panicked play with the ball at his feet leading to many turnovers of possession.

Heading into the 2021/22 campaign Angers had undergone one of the most impactful staff turnovers in the history of French football. The core group had left following the departure of the longstanding coach, Stéphane Moulin.

Arnauld Lucas, had spent almost a quarter of a century at Angers with the last 15 years as goalkeeping coach, his replacement was former Troyes goalkeeping coach, Olivier Tingry. This was seen as a positive for Bernardoni as he had previously worked with Tingry during his early career development at Troyes.

Tingry admitted in one of his first interviews after joining the club that Bernardoni’s feet weren’t his strength and this was something to work on. Whilst coach Baticle’s switch to a back 3 certainly did allow Bernardoni greater assurance on the ball with more comfortable passing options instead of hitting it long.

There were small errors in judgement and positioning which left him on many occasions straining too far from the ball. A swing and miss of the ball against Metz left Farid Boulaya a finish into an open net that was only saved due to a 93rd-minute winner from Stephane Bahoken.

Sadly, Bernardoni caught a harsh lung infection in early November and was out of commission until late December. In the meantime, Angers had to call upon their backup keeper, Danijel Petković.

At the start of preseason, Petković was in fact 3rd choice behind Anthony Mandrea, who had just come off a season in the 3rd tier with local club, Cholet, where he was voted the best keeper in the division. However, following some shaky performances in pre-season ties, his position dropped him back into the number 3 spot.

Petković had only played twice in the league for Angers since his move from Lorient back in the summer of 2019. In Bernardoni’s absence, the Montengrian stepped in and showed great promise. In his first match against Lille, he kept his side in the game enough to clinch a late equaliser.

Another vital stop came in the dying minutes against Lens to hold onto a point in a thrilling draw a fortnight later. Despite losing 3-1 against Monaco at home, Petković pulled off a number of superb 1v1 saves vs Ben Yedder to keep the score respectable as his defence collapsed in the late stages of the contest.

In those first 6 matches the stand-in keeper’s PSxG+- was in credit at +1.2 across the 6 games, suggesting that he had saved 1.2 more than expected based on the shots he was facing which often were high quality.

While being a very small sample size, this still reflected the positive feeling around his entrance into the starting eleven. Bernardoni, had recently returned from illness only to concede twice in an embarrassing cup exit to 5th division side, Linas-Montlhéry.

In his league return against Montpellier with Petkovic absent, it was clear that the record signing wasn’t back to full fitness as he conceded 4. Statuesque on a Téji Savanier freekick followed by a misjudge on a looping corner from the same source for the 2nd goal.

Having escaped financial relegation in the summer, any transfer activity in the winter would be heavily scrutinised by the DNCG, French football’s financial governing body.

Angers were keen to sign Nabil Bentaleb on a professional contract, the former Tottenham and Schalke midfielder had been regaining fitness at the club training centre since the autumn. However, they couldn’t do this without freeing up space in the wage bill.

Bernardoni was the joint highest wage earner alongside Sofiane Boufal, so a decision was made to give Petković the No1 spot after his solid performances and with Bernardoni stating to management that he still wanted game time, a loan to Saint-Éttiene was soon finalised.

At the time this decision was discussed plenty among the Angers faithful but there was a clear understanding that this was a calculated risk with Petković having displayed good promise to at least maintain the goalkeeping standard if not better it.

Unfortunately, once he was promoted to the Angers starting shot-stopper, Petkovic’s form flipped to the other side of the coin. In the following 9 games, Angers conceded 14 and went on a record losing streak of 7 games.

Despite the poor form from the attack, the new man between the sticks has done very little to assure his position. At least 5 of those goals were direct results of a Petković error.

Regrettably, apart from a 5-2 thrashing at the hands of Marseille, all the losses were by close margins, therefore these mistakes from the 28-year-old became even more devastating. While these mistakes certainly contributed to the terrible drop, the quality of the chances Angers have been conceding has dipped compared to Petkovic’s opening 6 games.

His goal was subject to several wonder strikes and lucky finishes, from Cengiz Ünder’s phenomenal half volley from outside the area to a bouncing, looping Bourigeaud volley. A perfect storm of opponent finishing standards and Angers goalkeeper blunders taking an upward curve resulted in that terrible form.

The situation for the future of Angers goalkeepers looks uncertain. Come the summer both 3rd choice Mandrea and Petković have expiring contracts and Paul Bernardoni’s return to 1st choice upon his return from loan is uncertain.

To add to this, in the winter Angers agreed to the signing of Yahia Fofana from Le Havre at the end of the season on a free transfer. The 21-year-old has enjoyed his breakout season for the Normandy side, boasting one the best defensive records in Ligue 2.

Le Havre are famous for their tremendous academy that has produced many great players including the likes of Paul Pogba, Riyad Mahrez and many more. While on the goalkeeping side they can boast the likes of Carlos Kameni and Steve Mandanda for pedigree.

The question was whether Fofana starts on the bench and if so, how long will it be before he’s number one if Bernardoni doesn’t deliver on the promise his huge transfer fee demanded.

So, there you have it. The goalkeeping mess at Angers explained, right? Not at all, this is Angers SCO, nothing could ever be simple.

After Petkovic’s dreadful form, Baticle eventually decided to switch and start Mandrea instead. It had been over 8 years since his last appearance in the topflight, but the former OGC Nice stopper kept a clean sheet in a vital 1-0 victory over Stade Brestois.

As previously mentioned, Mandrea’s contract expires in the summer, however in his limited time he’s appeared more assured than his fellow goalkeepers but would renewing his contract and entrusting him with more game time just lead to another Petković situation?

The consensus among most Angers supporters would be to try and recoup some of the investment on Bernardoni and hand Mandrea a new contract. However, it’s doubtful that the record signing would attract any suitors after a dull loan spell at Saint-Étienne and with Fofana arriving this summer it only muddies the water further.

Angers have managed to survive in Ligue 1 for another season. With the departure of many veteran icon players from the past decade and new American investment fund owners, perhaps no club in Ligue 1 will be busier this summer and their goalkeeping situation is a complex junction that they will have to navigate successfully if they are to progress as a side and remain in France’s top division.