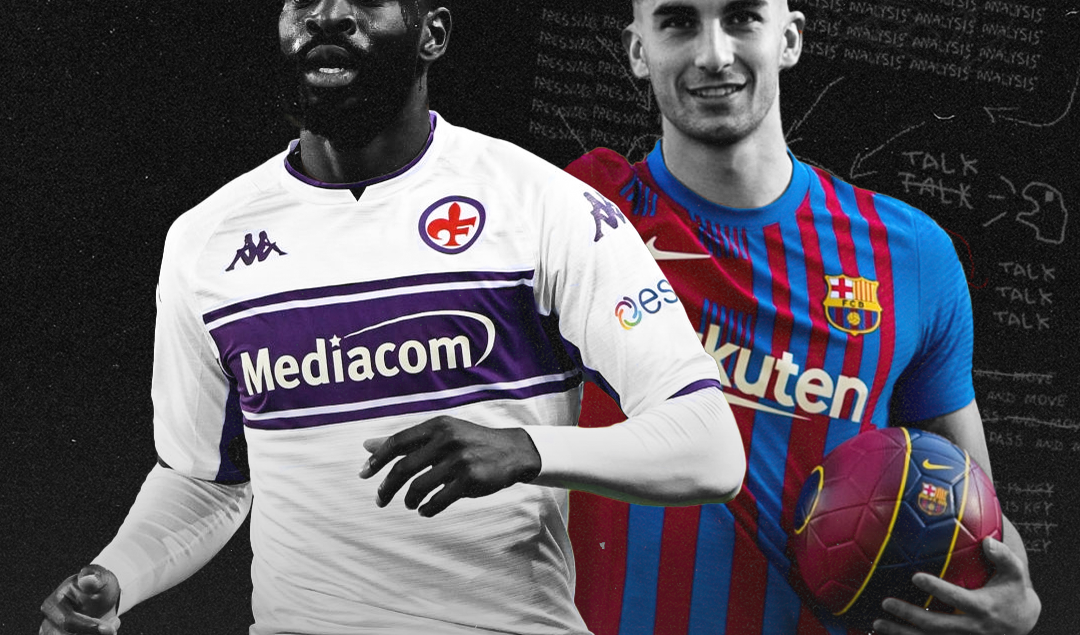 It’s easy to miss transfers outside of the Premier League. For every Coutinho to Aston Villa, there’s a Jonathan Ikone to Fiorentina. Here’s a round-up of the key transfers from everywhere including outside Europe’s big 5 leagues from the past 7 days.

Vanderson made his Ligue 1 debut at the weekend for Monaco, in a 0-0 draw against Nantes. Played as a RB in Brazil, the 20-year-old was brought on to play more like a right midfielder for Phillippe Clement in the last few minutes of the game. Monaco will be hoping he can provide some direct play to the side, as in Brazil he completed 1.5 dribbles p90 and assisted twice in the 2021 Serie A season.

Patrick Berg is the first of many players to leave Bodo/Glimt for a higher level. The 24-year-old Norwegian midfielder played 20 minutes in Saturday night’s win over Rennes.

While Coutinho and Trippier may have stolen the headlines, the other moves in the Premier League are arguably even more interesting.

22-year-old Ukranian left-back Vitaliy Mykolenko has long been looked at in Ukraine as one of the brightest up-and-coming talents. A dominating presence who possesses tricks up his sleeve, he should be a fun signing for Everton.

Kacper Kozlowski meanwhile fits in perfectly with Brighton’s recent transfer business. The 18 year old Polish midfielder became the youngest player to ever feature in a European Championships at Euro 2021, and he will be loaned to Belgian league leaders Royale Union Saint Gilloise for the remainder of the season.

The final player worth mentioning is OGC Nice’s Hassane Kamara. He got into L’Equipe’s 2019/20 Ligue 1 team of the, and the 27-year-old left back should provide Watford with a lot of energy and ball progression.

After spending the last 2 1/2 seasons straddling the bench at FC Bayern, Michael Cuisance finally has the opportunity to kick start his career again in the port city of Venice. Once the French under 19 captain, now 22-year old Cuisance must find consistency to both keep Venezia in the Italian top flight, and re-emerge as one of the brightest talents of his generation.

Meanwhile, Fiorentina look to continue the form that has them pushing Europa League spots in Serie A by signing Lille’s Jonathan Ikone. The 23-year-old may have stalled in 2021, but the PSG academy graduate has proven quality. Able to play on the wing or further inside, in the right hands Ikone could become a force to be reckoned with.

On the opposite end of the spectrum, Genoa have spent relatively big money in an attempt to bolster a squad currently languishing in the relegation zone.

Andriy Shevchenko’s signing of Kelvin Yeboah is particularly interesting, as the 21-year-old Ghanian has spent time at West Ham, Gozzano in Italy, and Sturm Graz in Austria. There, he scored 9 non-penalty goals in 18 appearances in the first half of 21/22. He’ll be hoping to live up to the reputation of his father, African footballing icon Tony Yeboah.

19-year-old American Ricardo Pepi has made the cross-Atlantic trip to Augsburg, and Markus Weinzierl will be hoping Pepi can bring his form from the MLS to the Bundesliga.

Hugo Siquet represents some smart business for high-flying Freiburg. The 19-year-old Belgian right back was winning 60% of his 1v1 situations in the Jupiler Pro League, and even created 3 big chances for his Standard Liege teammates in 21/22.

Daizen Maeda has the potential, on paper at least, to set things alight in Scotland. The 24 year old Japanese forward scored 22 goals in 2021’s J League and is famed for his lightning-quick speed. His technical ability on the ball is questionable, but he could provide Celtic with a useful weapon as they head into the UEFA Conference league, first facing Bodo/Glimt.

The long-awaited departure of wildly talented midfielder Joey Veerman has finally arrived, as the Dutchman has joined PSV who miraculously, currently sit top of the Eredivisie table. The 23-year-old was one of the league’s best players in 20/21, registering 10 assists and 7 goals from the left side of central midfield. With grand vision and a good defensive work rate, keep an eye out on Veerman in the near future.

Another eye-catching move from outside of the big five leagues is the €6.2 capture of Tajon Buchanan. The Canadian right-winger made 20 starts for New England Revolution in the MLS in 2021, and the 22 year old registered 9 goals and 5 assists. With Noa Lang, Krepin Diatta and Kamal Sowah just a handful of the exciting wingers to play at Brugge in recent years, Buchanan could be the next success story of Canadian footballers abroad.

Finally, we must touch on the more depressing end to 23-year-old Marcelo Saracchi’s career at RB Leipzig. After moving from River Plate in 2018, the Uruguayan arrived with much promise, hoping to nail down the left back zone at the German outfit.

However, Saracchi has suffered 11 separate injuries since moving to Europe, and he recently ruptured his cruciate ligament in July 2021, keeping him out until the end of January 2022. He and Leipzig have decided to terminate Sarrachi’s contract early, and hopefully the now free agent can find better luck elsewhere in Europe.