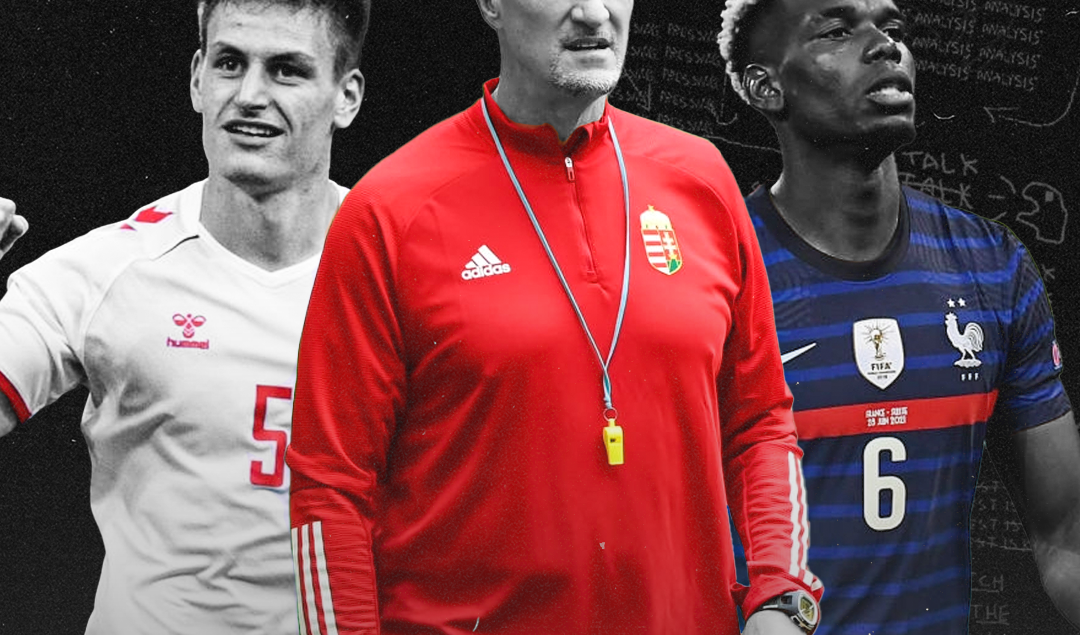 Over the course of 31 days, 24 nations battled it out across the continent for the chance to have their name engraved on the prestigious EURO trophy.

Following a season tarnished by the stifle of empty stadiums, UEFA EURO 2020 was an overdue tonic for football fans across the globe. It reinvigorated our sense of purpose, brought us together around television screens in national fraternity, marking a welcomed return to the normality we once took for granted with thousands of patriotic supporters jammed into beer gardens singing their national anthems.

It’s been a tournament to remember for various reasons, not least because it took place during a global pandemic, providing many unforgettable moments – whether it’s remote-controlled cars or parachute stunts gone wrong to missed penalties or own goals. As the dust settles on a historic triumph for Italy, it’s worth looking back on five of the biggest talking points to emerge from this year’s competition.

The Importance of Knowing How to Perform Lifesaving Medical Procedures

What should have been an opportune campaign for Christian Eriksen to showcase his abilities on the international stage quickly took a dark turn when the Danish talisman suffered a cardiac arrest shortly before halftime against Finland.

Thankfully, the former Spurs midfielder was resuscitated but not without the incredible efforts from those in attendance. The Danish captain Simon Kjær deserves immense praise for his swift intervention – preventing his fellow countryman from swallowing his tongue.

Although Eriksen was carried off the field in a stable condition after receiving a defibrillator shock, the opening game of Group B could have ended in tragedy. However, the actions of Kjær underscored the importance of knowing how to react when faced with a life-threatening scenario.

This incident has since prompted an upsurge in global awareness for life-saving medical procedures, with teaching staff urging for CPR training to be made compulsory in schools nationwide. The Premier League has also vowed to donate more than 2,000 defibrillators to grassroots facilities across the country so football clubs are better equipped to save lives.

It was truly heart-warming to see all nations push their loyalties aside and unite together in common solidarity for Christian Eriksen. It was a stark reminder that life is fragile and that no tomorrow is ever guaranteed. Although the Euros provided some landmark moments –we can all agree that the best news to come from this competition is that Christian Eriksen is alive and well.

Despite France’s premature exit in the Round of 16 to neighbouring underdogs Switzerland, nobody can ignore that Paul Pogba had an exceptional campaign – albeit short-lived. The midfield maestro started all four games for his country, selected alongside N’Golo Kanté to govern the heart of midfield. This formidable pairing was one of the many reasons why France were pitched as outright favourites to win the competition, especially after lifting the World Cup together only three years ago.

Pogba has been desperately trying to vindicate his exorbitant £89.3 million price tag ever since returning to Old Trafford. Often scrutinized for his lack of discipline in possession, the French showman has exhibited glimmers of brilliance at club level but never on a consistent basis.

Consequently, he’s developed a frosty relationship with the United fans who have grown impatient waiting for Pogba to unlock his full potential in a red shirt. This season, the Frenchman registered only 3 goals and 5 assists in 26 appearances, leaving question marks over whether he is the right man to springboard Manchester United back to domestic glory.

However, Pogba seems to transmute into a playmaking machine whenever called up for his country. Euro 2020 saw him channel his inner Tom Brady, playing some majestic crossfield passes that would have got Zidane himself taking notes from his sunbed.

Anyone would have thought his spectacular goal against Switzerland alone was enough to silence his carping critics. Yet apparently, Gary Neville and Roy Keane weren’t convinced, suggesting that Pogba was partly at fault for Mario Gavranović’s late equaliser. It’s easy to pin France’s shortcomings on the media’s favourite scapegoat but neither pundit ever mentioned Kylian Mbappé who didn’t score a single goal throughout the tournament.

Ole Gunnar Solskjær will be scratching his head over why Pogba can’t seem to replicate this type of performance in the Premier League. Maybe it’s his mismatched partnership with McTominay and Fred? Or perhaps he feels more comfortable playing in a blue shirt? Nobody knows.

The Disadvantage of Frequent Flyers

For the first time in the tournament’s long history, EURO 2020 was staged in eleven different cities across the continent. These revised venues were handpicked by the UEFA Executive Committee to manage the temperamental travel restrictions caused by the ongoing pandemic.

However, this format set many teams with an unfair advantage. For example, England didn’t have to board a single flight until their quarterfinal tie against Ukraine, playing all their remaining fixtures on home soil. Whereas Switzerland, on the other hand, clocked over 7,245 air miles throughout the duration of the competition – more than any other team.

Although the Swiss faired pretty well in spite of their frantic schedule, progressing through to the quarterfinals of a major tournament for the first time since 1954, other nations were not so happy about the amount of travel required.

Wales fell victim to this unbalanced setup – having travelled a combined 5,382 miles in the space of four games, spanning all the way from Baku to Rome. An emotional Chris Gunter struck out at UEFA’s organisation of the event, claiming that Wales were ‘written off before a ball of air was kicked’ due to their excessive travel demands.

The format meant that teams like Italy and Germany barely had to leave their backyards while Switzerland and Sweden spent most of their time at baggage claim. The many hours wasted flying between airports could have been spent rehearsing tactics on the training ground. While this might seem like a feeble excuse for underperforming, it does set these teams at a slight disadvantage because they are having to make up for lost time.

Hungary Were Dealt an Unlucky Hand

Before the competition had even begun, Hungary’s fate was more or less sealed after being drawn in the proverbial ‘Group of Death’ – containing France, Portugal and Germany. This was far from ideal for Marco Rossi’s team, with current holders Portugal keen to defend their European crown and World Cup winners France out for vengeance after losing the 2016 final. Not to mention Germany who have won the tournament three times in their history.

Although faced with the most difficult group in the competition, Hungary were not to be underestimated. They had won seven of their previous eleven competitive fixtures leading into the tournament with their only defeat coming against Russia.

It was evident from their impressive run of form that the Hungarians weren’t going to be an easy pushover. Admittedly, they’re a far cry away from the Mighty Magyars of the 1950s with Ferenc Puskás and Sándor Kocsis, but even so it would have been foolish to write them off, especially with the home advantage.

After losing 3-0 in their opening match against Portugal, it appeared that Hungary’s tenuous qualification hopes were slipping away. However, Marco Rossi’s side threw a spanner in the works by drawing 1-1 to France in the following game. Hungary’s stubborn backline held out for an historic point to the joyous cries of 67,000 spectators inside the Puskás Aréna. If this wasn’t impressive enough, Hungary were six minutes away from qualification against Germany until Leon Goretzka cruelly scored a late equaliser to break Hungarian hearts.

Despite failing to qualify for the knockout stages – with Portugal claiming third place – there was much to be admired about Hungary’s perseverance against the three heavyweights of European football. If they had been allocated an easier group, we might have seen them progress further in the competition.

Make Way for The Fullbacks

As Jamie Carragher famously once said: “nobody wants to grow up and be a Gary Neville.” Eight years have passed since he threw that cheeky dig at his old adversary and it’s safe to surmise that it hasn’t aged well, particularly when assessing the standout performances this summer. While it’s usually the frontmen who are eulogized for their goal contributions, it was actually the fullbacks who took the plaudits in EURO 2020 – a position not readily associated with stealing the limelight.

Where better to start than Luke Shaw? After a sensational season with Manchester United, the 25-year-old Englishman continued his dazzling run of form for his national team, tallying three assists in just six appearances – equalling David Beckham’s record for assists set back in EURO 2000.

Shaw was quick to justify Gareth Southgate’s decision to favour him over Ben Chilwell, with his best performance coming in a 4-0 demolition of Ukraine. Despite José Mourinho’s scornful valuation of his former player, the budding Englishman took the criticism in his stride, dominating the left flank with great aplomb.

Another fullback who certainly made an impression was Joakim Mæhle. The Danish defender was relatively unknown outside of Serie A prior to this competition, yet his remarkable performances have easily made him one of the hottest prospects in European football seemingly overnight, with both Chelsea and Arsenal now itching to recruit Mæhle into their ranks.

Despite scoring two goals in five appearances, the most captivating aspect of his game is his positional ambidexterity – juggling between the left and right flanks whenever needed. Though Atalanta will be reluctant to sell him, Mæhle’s price tag could almost quadruple over the transfer window in light of his brilliant campaign.

Last but not least was Leonardo Spinazzola. The Italian left-back played an instrumental role in Roberto Mancini’s triumph this summer, carrying a major offensive threat down the left flank with his wide overlapping runs.

Though he only registered one assist against Austria in the Round of 16, the Roma defender proved his worth by helping Italy extend their unbeaten streak to 32 after beating Belgium. Sadly, Spinazzola’s indelible campaign was dramatically cut short due to injury. It was later revealed that the Italian star had ruptured his Achilles, ruling him out for at least six months.