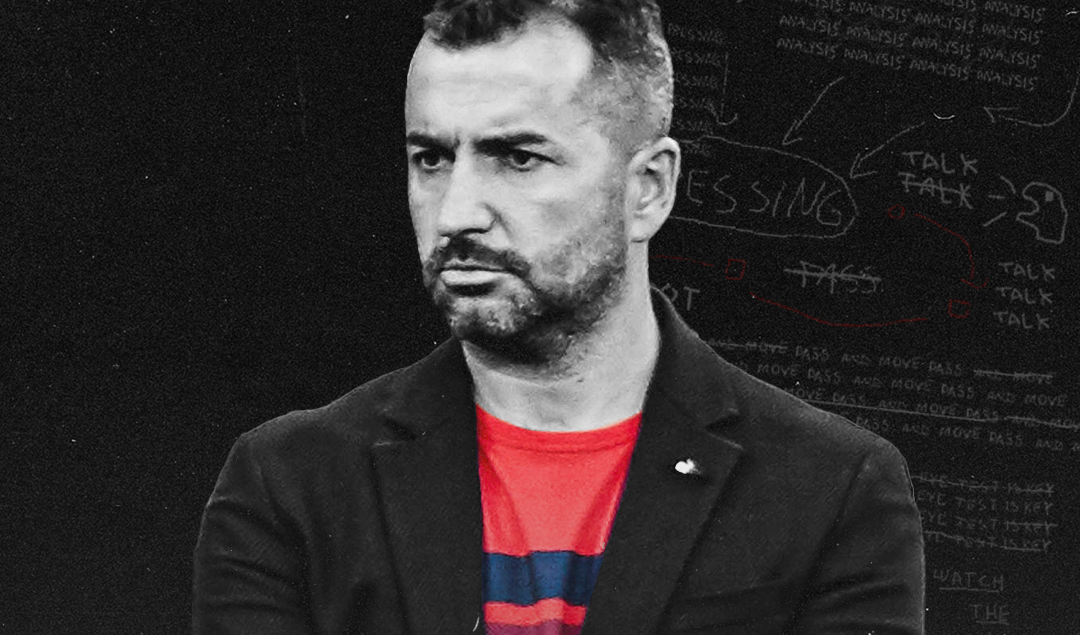 The marvellous minority. It is the moniker that has embodied Espanyol for most of its existence. More recently, it’s the term the club took to using for their marketing campaigns, and it’s in the very stone of their identity.

The phrase itself acknowledges the ‘other’; the all-consuming presence of a despised rival. Four Copa del Rey triumphs and two Segunda championships would stand proudly in the trophy cabinet for many clubs, but since the inception of La Liga, the 87 years they have shared with Barcelona have cast a long shadow.

The challenge they are currently facing, in particular new manager Diego Martínez, is how to cast some of their own light.

Chinese majority owner Chen Yansheng took over in 2016. With him came a promise of a different Espanyol, one synonymous with loftier aspirations. Unsurprisingly, it wasn’t quite prepared for the “Champions League in three years.”

Jagoba Arrasate’s Osasuna: A Club Determined to Go In Their Direction

So far, it’s been a flickering six seasons, shining most brightly under Rubi in 2019. Espanyol qualified for Europe in 7th place on the final day of the season – then promptly lost their manager and were relegated the following season. Even their own fans admit that suffering is a key part of being perico. Those two seasons were a cruel summary of much of their recent history: one step forward and two back.

Working out how to turn their resources and infrastructure into cold, steely ambition is perhaps the trickiest part of the Espanyol equation. They have a new state-of-the-art stadium ready to house 40,000 fans, which comes complete with all the modcons, such as a shopping centre and extensive catering options.

Their youth academy operates well, if not prolifically. In 2021, their cantera was ranked 20th last year in terms of players produced in the top five leagues – level with Atlético Madrid and Manchester City. Although Chen’s money isn’t flashy, Espanyol still had the eighth-highest salary limit in La Liga as a newly-promoted side.

Under former manager Vicente Moreno, Espanyol finished in 14th place last season and while that looked satisfactory on paper, the overriding feeling was that they meandered towards it.

Despite having the razor-sharp Raúl de Tomás at the pointy end of the team, it was all a little temperate. CEO José María Durán was removed in March, the first hint that the long cartoon fuse had been lit – this incarnation of the project, was soon to be detonated.

Moreno and Sporting Director Rufete were bizarrely removed just a day before their penultimate match of the season. In came Mao Ye as Director General, while Domingo Catoira was an internal appointment to Rufete’s position.

Catoira may be low-profile but he is also a ‘disciple’ of heralded Marseille guru Pablo Longoria – the good sporting directors are given messiah status. Still, the most intriguing appointment ahead of the season was the manager, Diego Martínez.

Curiously passed over by an array of clubs higher up the food chain, Martínez is arguably the most exciting talent in Spanish management. Taking over at just 38 years of age, in three seasons he hoisted Granada from Segunda to the Europa League quarter-finals.

Perhaps we place too much emphasis on managers, cast as the star of our favourite shows, but it didn’t hurt his reputation that Granada collapsed into relegation immediately after he left.

Tucked away by the mountains in Andalusia, Martínez took a team of veterans, gave them a clear purpose, clear instructions and planted the seeds of a grit that would serve them at every level of their ascent. On-loan Alejandro Pozo was the youngest player in his squad at 20, with only Fede San Emeterio and Carlos Neva aged under 23 when he started.

They were automatically promoted and while Neva would become a key player, the following two seasons had the hardened experience of Germán Sánchez, Roberto Soldado, Jorge Molina and Víctor Díaz dominating their Monte Rushmore.

For once, the adjective interesting might be employed for its true purpose when considering that the very first moves made by Espanyol this summer.

Oier Olazabal (32), Fran Mérida (32) and Didac Víla (33) were understandable departures, but anchors David López (32) and Diego López (40) were also jettisoned. Together the removal of the latter trio ends 16 years of Espanyol experience. It appears the revolution in the offices above is now taking victims on the pitch.

“Better than sex,” is how Gerard Piqué described the derby between Espanyol and Barcelona. In this case, Catalonia’s most controversial defender is referring specifically to the combustible atmosphere at the RCDE Stadium.

When Barcelona make the short journey to Cornellá, Espanyol grow. In number, in noise, in fight. For a fleeting moment, there is a clarity and a visceral feel to a team which has enough quality to be a nuisance at all times. Only all too often, things recede into a sedate scene thereafter.

If their new coach can access that potential energy for every match, it could power Espanyol’s return to European football. Creating a competitive tension is a symbiotic process between both fans and footballers, but the former might complain that all too often their efforts go unrewarded.

Of course, there is no way to replicate the atmosphere of a derby every week, yet that relaxation is present and last season slouched to worrying levels away from the RCDE Stadium.

Espanyol won just once on the road and only Alavés gained fewer points away. No team has a bigger differential than the 24 points that separated the home and away record of Los Pericos.

There is no doubt that a talented squad has the potential for more. Supplying de Tomás is the serene Sergi Darder, one of Spain’s gloriously slow midfielders.

Almost everything they do must be technically perfect to sustain their lack of physicality. The likes of Óscar Gil, Leandro Cabrera and Nico Melamed all have the talent to survive on greater plains than lower midtable.

Espanyol were on the verge of being a sturdy and well-organised team with talented attackers to take advantage of space when and where available. Yet their lack of consistency meant they finished with the joint-fourth worst defendive record in the division. Ahead of the coming campaign, finding a more settled defence must be a priority. Not exactly in terms of the players but in the consistency of the unit.

Where Diego Martínez can make his salary look cheap is in the mirror. Next season, Espanyol must look into it and see a team with a conscious style and swagger, an outfit that breathes self-assuredness.

Fans must be enticed into flocking towards the RCDE Stadium with that raw ambition, intoxicating if it passes as believable. The same ruggedness that arouses Piqué must be present for them every week. If it is, Espanyol can grow into a club that is attractive for players, a pest for opponents and a threat for the European places.

Diego Martínez has demonstrated that he is everything that Espanyol want to be: fresh, young and ambitious. This isn’t to say that Los Pericos must lose the enduring character which has been acquired through time and trials, that fortitude can be channelled into a similar sort of sturdy constitution which took Granada to their dreams. Now, Espanyol have the resources to become a disruptive force in La Liga – if only Martínez can add the fire and bravado to make it a reality.