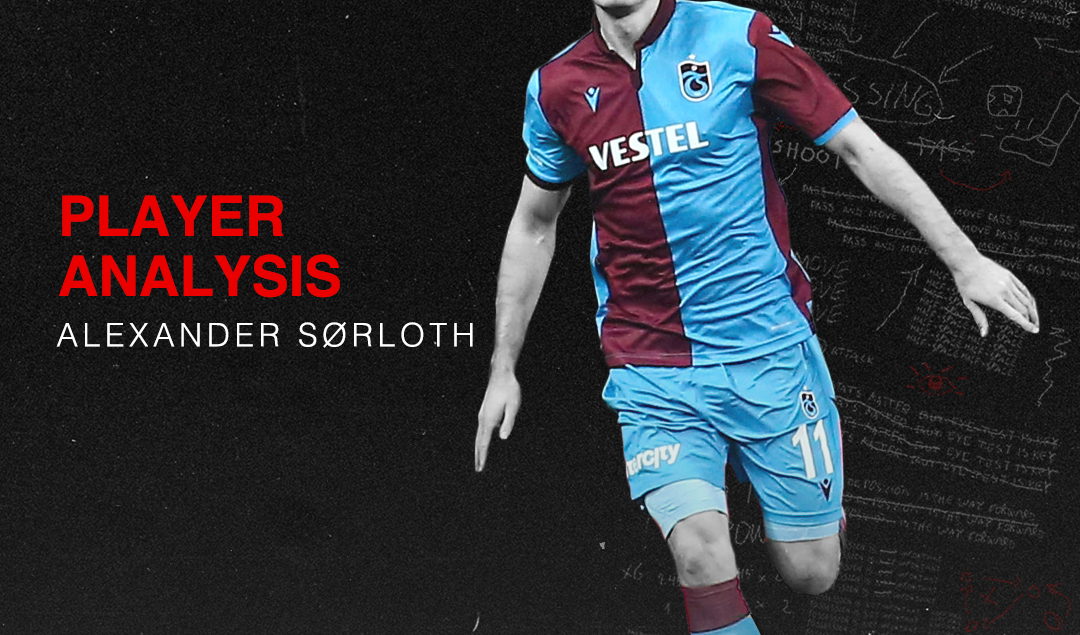 To the east, Alexander Sørloth has thrived at Trabzonspor, netting 33 goals and 11 assists in all competitions as well as attracting interest from RB Leipzig, who are in need of a striker after Timo Werner’s departure to Chelsea and Patrik Schick’s return from his loan spell. It has been a career year for the Trondheim native, but just how did Sørloth reach this level of performances at 24 years of age?

After beginning his development with local side Strindheim, Sørloth left at 15 years old to join the academy of one of the biggest teams in Norway: Rosenborg. He made his first team debut two years later, coming on as a substitute in a Europa League qualifier against Northern Irish side Crusaders. It took him just 12 minutes to make his mark on the proceedings, scoring the sixth goal in a 7-2 victory.

From that point on, Sørloth looked destined to follow in the footsteps of his father Goran, who also began his development at Strindheim before making the leap to Rosenborg, where he would score 74 goals in 174 matches, leading them to eight trophies between 1985 and 1993 and becoming a regular for the Norwegian national team. 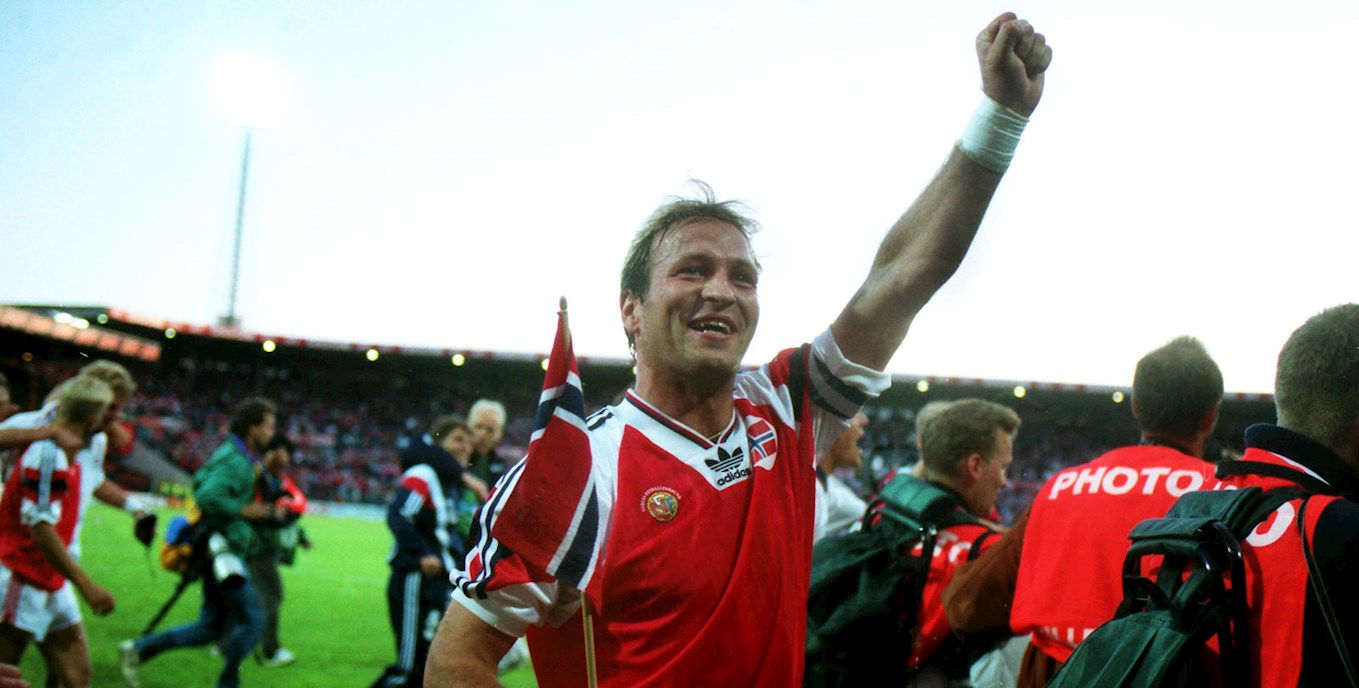 However, Sørloth Junior never managed to score another goal for Troillongan, playing just 191 minutes in the Eliteserien before being loaned out to Bodø/Glimt. It was here at the Aspmyra Stadion that he began to show the first consistent signs of his enormous talent and his goalscoring instinct, scoring 13 goals and 5 assists in the Norwegian top flight.

A month after returning to his hometown, he packed his bags for Gronigen, who agreed to pay a fee in the region of €750,000 for the teenage striker. He started his time in Holland on the right foot, netting a goal in his Eredivisie debut against Utrecht. However, he would score just one more goal over the rest of the season for Trots van het Noorden, before falling behind Michael de Leeuw and Danny Hoesen in manager Erwin van de Looi’s line-up.

The Norwegian struggled for form in the 2016/17 season, amassing just 3 goals and 3 assists in 24 appearances, before joining Midtjylland at the end of the season for €450,000. He returned to top form in Denmark, racking up an astonishing 15 goals and 9 assists in 26 matches for Jess Thorup’s side as they won their second Superliga title. It didn’t take long for a club in the top 5 leagues to finally take notice of his talent, and on January 31, 2018, Crystal Palace paid £9 million for the then 22-year-old.

Sørloth’s Premier League debut came 10 days later, starting on the left wing in the absence of Wilfried Zaha. Crystal Palace went on to lose 3-1 to Sam Allardyce’s Everton, but two weeks later, he was once again included in Roy Hodgson’s starting line-up, this time against on the left flank Tottenham Hotspur. Palace kept things level until the 88th minute, when Harry Kane headed home a cross from Christian Eriksen to break the hearts of the Selhurst Park crowd.

The Norwegian made two more starts for Palace, starting up top in a 4-4-2 alongside Christian Benteke, but he failed to register a single goal or assist during his four starts as Palace fell to four consecutive defeats. After Zaha made his return from his knee injury, Hodgson froze Sørloth out of the team for the rest of the season.

Despite his struggles in his first semester in England, Sørloth racked up 12 more league appearances for The Eagles in the 2018/19 season, with each of those being substitute appearances. While he did make four starts in cup competitions, which saw him net his only goal and assist for the club — against Swansea and West Brom in the Carabao Cup, respectively — he failed to find the back of the net during his 12 months in the Premier League. 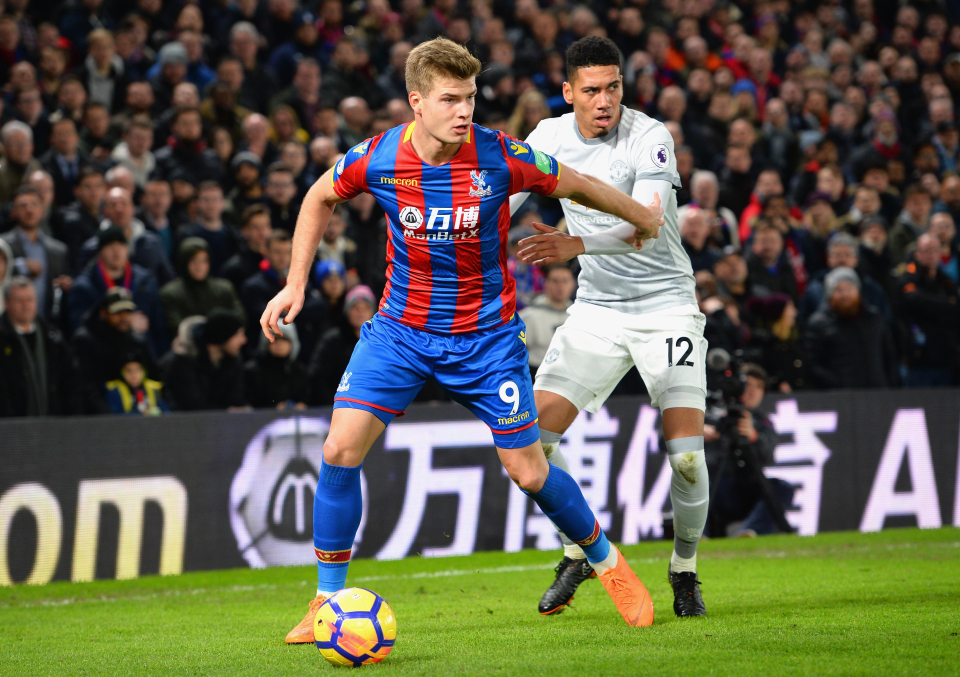 After falling further down the pecking order with the loan arrival of Michy Batshuayi from Chelsea, Sørloth was sent out on loan to Gent, where he struggled to find the form he had previously shown in Scandinavia. He registered just 5 goals and 3 assists in 22 appearances, before returning to London with his tail between his legs.

Sørloth was sent on loan again, this time to Turkey, joining Super Lig side Trabzonspor on a two-year loan. He has been nothing short of a revelation in Istanbul, scoring 33 goals and 11 assists and earning the nickname “King of the North” from his newfound supporters.

With the hottest striker in the country leading the line, Trabzonspor came agonizingly close to winning their first league title since 1984, finishing four points behind Okan Buruk’s İstanbul Başakşehir, although they did manage to break a 10-year trophy drought by winning the Turkish Cup.

Facing off against Alanyaspor at Atatürk Stadium, Sørloth set up the opening goal in the 25th minute, receiving just on the edge of the offsides line, controlling a lofted pass from on his chest before spraying a delectable cross in for Abdülkadir Ömür, who tapped in the finish. Sørloth sealed the victory in the 10th minute of stoppage time, receiving a pass from José Sosa on the counter-attack and calmly slotting it past Alanyaspor goalkeeper Marafona.

Trabzonspor boss Eddie Newton will be aiming to keep his star striker into the new season. However, it’s easier said than done; whilst Trabzonspor have an option to purchase Sørloth for €6 million (which will be triggered in case he starts in at least 50% of their matches next season), they may elect to trigger their purchase option only to sell him a few weeks later — similar to what Eintracht Frankfurt did with Luka Jović last summer.

With clubs such as RB Leipzig, Wolfsburg, and Fiorentina reportedly interest in completing a permanent deal, Trabzonspor could theoretically purchase him for €6 million this summer before selling him for €20 million a few days later.

They may have no other choice; Trabzonspor are in financial hot water after being banned from participating in European competition next season by UEFA, and in order to stop the bleeding, they may be forced to cashing in on him just a year into his spell in Istanbul. 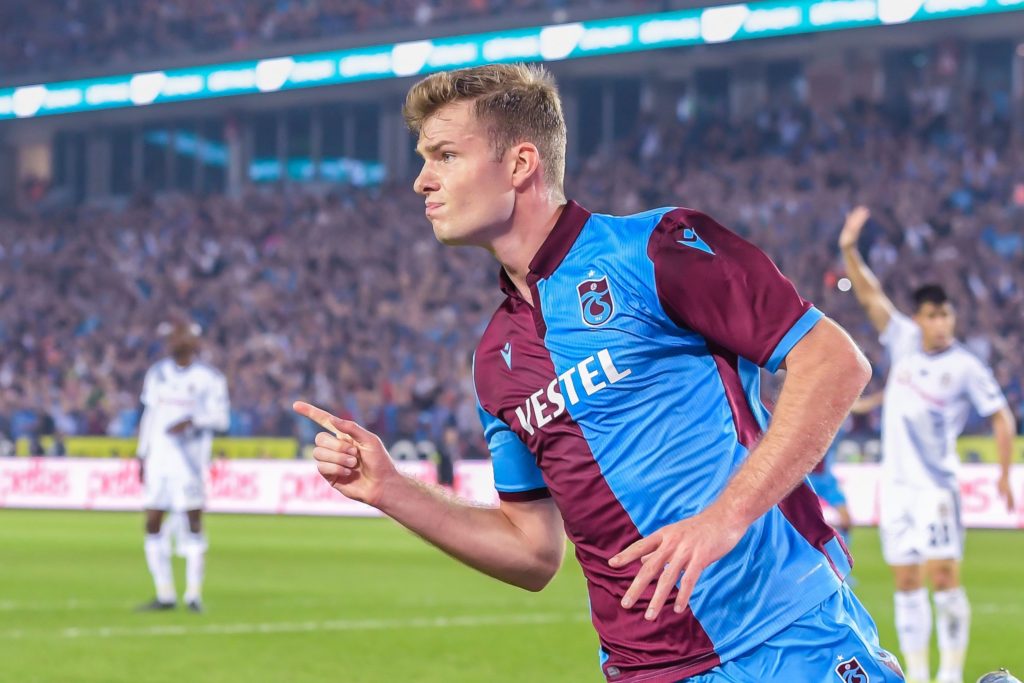 After registering 44 goal contributions last season — just three off Werner’s tally, albeit in an inferior league — it’s easy to see what Leipzig see in him as a goalscorer, but Sørloth fits the profile of a Schick alternative rather than a replacement for the German, and if he does head to Germany this summer, he’ll be looking to compete with Yussuf Poulsen for the ‘target man’ role.

Standing 1.94 meters, the Norwegian is a towering center forward who shares some similarities with Roma’s Edin Džeko. He has been used as a target man in a 4-2-3-1 at Trabzonspor, although he has enjoyed a strong partnership with ex Leeds man Callum Ekuban, who cuts in from the left to operate almost as a second striker.

Sørloth has also shown signs of his playmaking ability in Turkey, oftentimes dropping deep to help aid possession before finishing off the sequence. He has produced 11 assists this past season, averaging 1.0 key passes per match.

Should he join Leipzig this summer, he could thrive in a two-striker pairing, which has been used in 37 of 43 matches by Julian Nagelsmann this past season. He has the ability to do the dirty work in attack and play in forwards such as Christophe Nkunku or Dani Olmo, as he has done with Ekuban and Ömür this season.

It remains to be seen where Sørloth will be playing his football next season — although he himself has said that he would like to remain, saying, “I’ve been working really hard in training and Eddie Newton has upped the level, I get the feeling we are going to have a really good season.”

Whilst the promise of Champions League football is always tempting, Sørloth, who has played for five clubs over the past three years, may be best off staying put at Şenol Güneş Stadium for one more season before making a decision on his future.