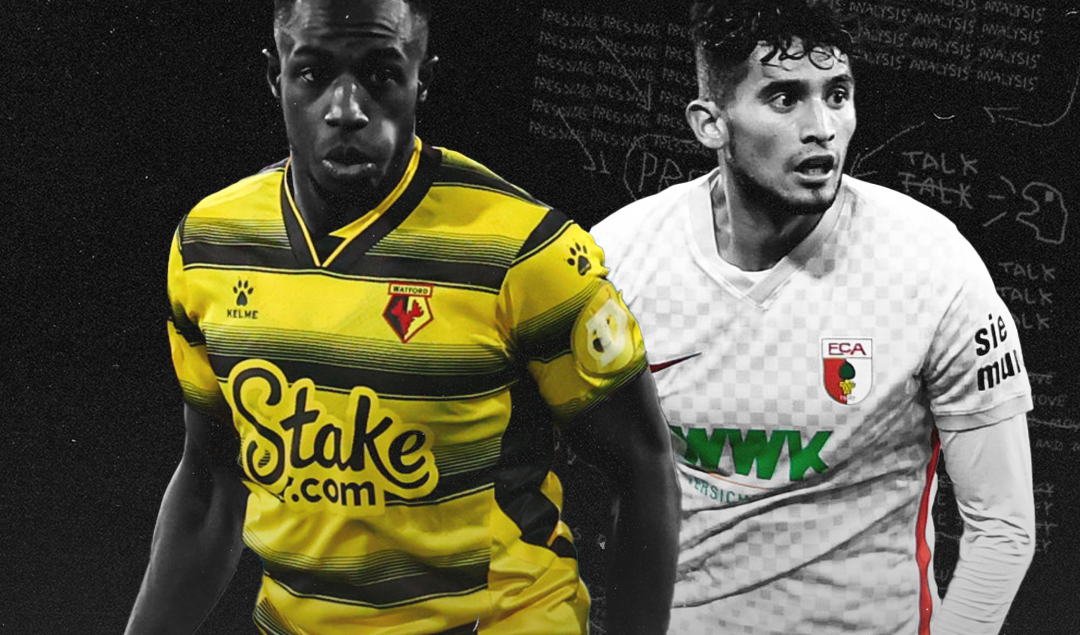 As always during the January transfer window, much of the media focus throughout has been shone on the biggest clubs and players across Europe.

From the long drawn-out battle for Serie A wonderkid Dušan Vlahović, a player who now looks set to join Juventus, to Newcastle’s seemingly failed pursuit of defender Diego Carlos, the most valuable transfers will always grab the brightest spotlight.

Instead in this article, we focus on some of the best ‘cut price’ deals that have been secured this January across the continent.

An assortment of completed transfers, some of which could dramatically improve the buying clubs’ fortunes immediately or equally, are very likely to set the same clubs up for large future profit due to the work of their excellent scouting networks in reporting upon these four stars before their rivals.

Long linked with a move to some of the biggest clubs across Europe’s top-five leagues, including Manchester United and Liverpool amongst others, American youngster Ricardo Pepi finally moved from MLS outfit FC Dallas this January for a shade under £15million. The destination; FC Augsburg.

At first, considering the ‘larger’ outfits that Pepi was previously linked with, Bundesliga outfit Augsburg may seem a strange choice for the 19-year-old striker but there’s plenty of method behind the German side’s desire to break their club transfer record on the American international.

Let’s start with the player himself. Standing at 6ft 1in, Pepi announced himself as a clinical goalscorer by notching 13 goals in 31 MLS appearances for Dallas during the 2020/21 season, adding three strikes for the USMNT in six outings.

Those 13 league strikes came from an xG of 9.7 whilst his shot on target percentage stood at 45.5%, both returns helping to highlight his sharpshooting nature

That’s particularly key then for Augsburg who in the Bundesliga last campaign finished as the German top-flight’s joint fourth-lowest scorers, netting just 36 times in 34 matches as main striker Florian Niederlechner struggled in front of goal (5 BL goals in 28 apps).

A ‘fox in the box’ style of player predominantly, Pepi will not only bag goals for Augsburg in both the short and long run, but he further holds the ability to transform his new side into a more fluid attacking unit.

That’s because he not only excels in terms of both movement and successful dribbling – often beating his man with relative ease due to his surprising pace and power – but he also has a phenomenal work rate, highlighted by his attempted 539 pressures last season (23.2 per 90) for Dallas according to FBRef.

Other areas of his game do need vast improvement, specifically his hold-up play which can prove lacking against physical defenders.

This in itself could prove a problem in the short term as Augsburg boss Markus Weinzierl could favour a more experienced forward given the fact that his side sit in the relegation play-off at the time of writing this article.

No matter his success for the rest of this campaign, Ricardo Pepi will likely develop into a star with Augsburg given the club’s previous track record of developing younger players.

There’s also the added incentive that this move for Pepi could prove a major marketing success in the US for Augsburg, especially as the club used his transfer as an opportunity to begin selling and delivering jerseys to their North America audience.

The final caveat? Well, his move to the Bavarian side also becomes a little clearer when you consider that the club now has an American investor by the name of David Blitzer – check this mini-thread from Derek Rae for more..

In the seemingly underwhelming autocracy (alright, maybe that’s a bit harsh..) that is Watford’s bizarre transfer policy under the leadership of the Pozzo family, it seems that the club have actually finally hit another gem of a signing in full-back Hassane Kamara from Ligue 1 side Nice.

Simply put to begin with, if Kamara can revive the form that saw him get into the Ligue 1 team of the season during the 2019/20 campaign whilst playing for French outfit Stade de Reims then at just £3.6 million, his move to the ‘Hornets’ could be the biggest bargain of the winter.

Blessed with lightning pace, Kamara arrives in Watford as an out-and-out left-back addition for the club though he’s spent a lot of time previously in his career on the left wing, including at Nice before the winter break.

Strong in the tackle and surprisingly good in the air even though the Ivorian stands at just 5 foot 7, he’s equally at home powering up the field as he is in winning defensive duels.

As seen in FBRef’s chart below, Kamara has evolved into a typical modern-day wing-back as demonstrated by his attacking output.

In particular, the amount of shots he attempts on average per game from that position highlights his attacking acumen, as too does his dribbling statistics which currently see him complete 1.15 per match per 90. 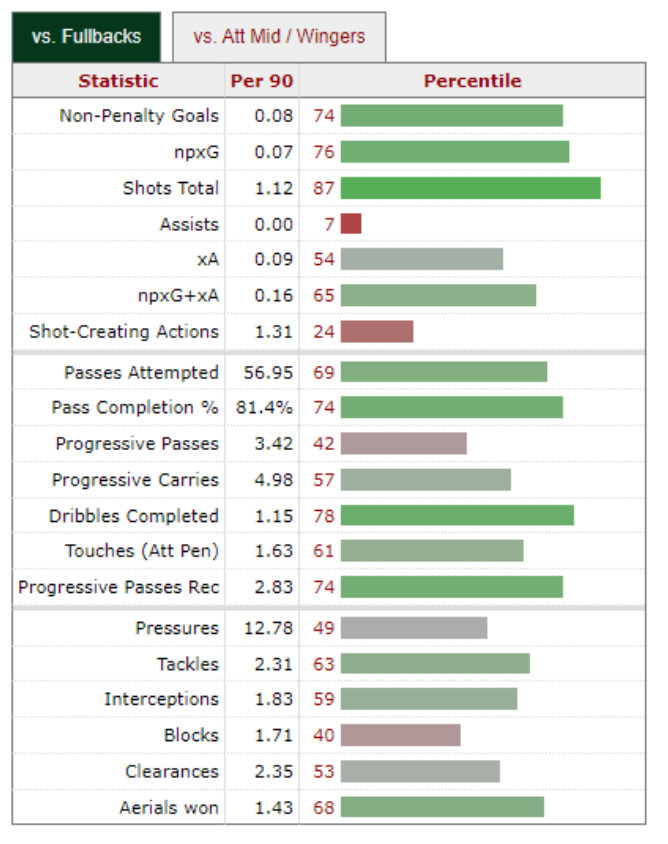 It further has to be said as well that Kamara arrives at Vicarage Road after starting just 37% of Nice’s Ligue 1 matches so far this campaign, so it will take time for the Ivorian to get up to speed in the Premier League, especially with another new manager in Roy Hodgson taking charge.

Regardless, through his first two league starts for Watford at left-back, he’s started well from an individual point of view even if his side have suffered two poor results during that time.

A tackle success rate of 75% alongside picking up 14 ball recoveries and winning 57.2% of his ground duels highlights his strong defensive output whilst in attack, he’s already made 3 shot-creating actions despite his side’s mediocre performances (1.56 per 90).

In comparison, that’s already a third of Adam Masina’s tally from 11 Watford Premier League appearances (0.94 per 90), a stat that highlights just how vital the capture of Hassane Kamara could prove to be for Watford in their impending relegation battle.

It’s proven to be quite the January transfer window for Fiorentina who may have lost star striker Dušan Vlahović to Serie A rivals Juventus but look set to replace him with the capture of Brazilian striker Arthur Cabral from Swiss side Basel in what could prove to be a fantastic piece of business in itself.

Instead in this article, we’re focusing on the club’s capture of winger Jonathan Ikoné from French champions Lille in a deal that is said to be worth just north of £12million.

An excellent dribbler of the ball, Ikoné – who’s still only 23 – had long been touted as a future star for the French national team, but in the first half of this season, the midfielder has struggled with old outfit Lille to make an impact and help them defend their title from the season prior.

A pacey player who likes to advance up the pitch with the ball and take on his man, the French winger is surprisingly adept at playing fantastic through balls, an area of his game that could prove to work well in tandem with the incoming Cabral.

With the ability to go on the outside or cut inside from the left wing, Ikoné possesses the sort of intelligence that can keep a defender guessing the whole time he’s in control of the ball.

Granted, with just one goal and no assists across 18 Ligue 1 outings in the first half of this campaign, his performances for Lille had been generally poor although part of that may, in fairness, come down to the French side’s overall poor form up until the winter break.

For that reason, this transfer to Fiorentina very much seems like one that works for both sides financially and gives the player a new surrounding to potentially thrive within.

Only three matches into his stay in Florence, a change of scenery seems to have worked already for Ikoné who notched an assist in a 6-0 drubbing of Genoa with a lovely deep cross to the back stick before adding another against Napoli in the Italian Cup.

There’s plenty of improvement still needed if he’s to prove a star in the Serie A though. His overall standard of crossing from out wide remains relatively poor whilst his defensive contribution can be found lacking on many occasions.

Equally, he struggles in his aerial duels and there’s still a lot of work to be done on his finishing, as highlighted by the fact that in the league according to FBRef, he’s underperformed xG-wise in each of his last five Ligue 1 campaigns.

Putting that aside for now though, there’s a lot of potential still to be unlocked in Jonathan Ikoné and if Fiorentina can prove to be the perfect fit for the 23-year-old French star then there’s a lot of upside to this deal for the Italian outfit, even if the reported transfer fee is a decent chunk of money.

19-year-old full back Hugo Siquet makes the trip almost directly south from the Belgian city of Liège to Germany’s Black Forest to team up with Christian Streich’s Freiburg in what is likely to prove to be sensational business from the Bundesliga outfit in the long term.

Famed for their formidable defensive set-up in the German top-flight, for just £4million ‘Breisgau-Brasilianer’ have picked up a defender who despite still being five months away from his 20th birthday, has already made 43 senior appearances with the Belgian outfit.

In fact, the full-back had started Standard’s first 17 league matches this campaign as he continues to show experience beyond his younger age.

Winning 60% of his 1v1 situations in the Jupiler Pro League this season, Siquet has long proven to be a defensive powerhouse, excelling in his defensive duel success rate and winning over half of his aerial battles despite only standing at 5 foot 8.

The Belgian under 21 international is also adept at successfully intercepting play when needed – making 1.2 per league match this campaign – and enjoys putting in big tackles when necessary (2.1 on average).

But Siquet is so much more than just a defensive maestro at right-back.

With a pass success rate of 73.1% this season in the Belgian top-flight prior to his Bundesliga move, the 19-year-old has averaged completing 1.8 key passes per outing (a similar output to someone like Liverpool’s Andy Robertson at 2.1) whilst he also created 3 big chances for his Standard Liège teammates, resulting in securing one assist.

A former Football Manager wonderkid, Hugo Siquet is unlikely to start many Bundesliga matches for the rest of the season given Freiburg’s already settled defence as they push for Champions League football.

In the longer term though, bringing the Belgian full-back to the club for just £4 million will undoubtedly turn out to be another piece of incredible business for the German outfit in the future.